The first National Christmas Tree was placed on the Ellipse south of the White House in December 1923. The tree was a 48-foot Balsam fir donated by the President of Middlebury College in Vermont. At 5 p.m. on Christmas Eve, President Calvin Coolidge walked from the White House to the Ellipse to light the tree from his native state. The tree was decorated with 2,500 electric bulbs in red, white and green, donated by the Electric League of Washington. Music for this first lighting ceremony was provided by a local choir and a “quartet” from the U.S. Marine Band.

This first National Christmas Tree led to the tradition we celebrate today and along the way the tree’s location and the lighting ceremony have changed.

From 1924 to 1933 the tree, renamed the National Community Christmas Tree, was located in Sherman Park, which is south of the Main Treasury Building and southeast of the White House grounds. During these years, simple lighting ceremonies and community singing were accompanied by the U.S. Marine Band. The National Park Service’s responsibilities for the park lands and the tree ceremony began in 1933.

From 1934 to 1938 the National Christmas Tree was located in Lafayette Park on the north side of the White House. In 1939 and 1940, the tree was relocated to a spot just south of the center of the Ellipse. Caroling, choirs and military bands continued to characterize the lighting program entertainment. The years 1941 to 1953 found the National Christmas Tree on the South Lawn of the White House. In 1941, on December 24, only weeks after the attack on Pearl Harbor, President Roosevelt and Prime Minister Winston Churchill led the lighting ceremony and addressed the crowd.

In 1954 the tree moved back to the Ellipse where it has been located ever since. Also in 1954, the tree lighting became known as the Christmas Pageant of Peace, a celebration conceived by the Washington Board of Trade and the Washington Citizen’s Committee. The tree lighting ceremony moved from its traditional Christmas Eve date to earlier in December and was then followed by three weeks of presentations by community organizations and groups on the stage at the Ellipse.

While the location of the tree in President’s Park and its lighting ceremony program have changed and evolved over the years, the purpose remains the same: our local and national communities coming together to celebrate the season and to share the message of peace. 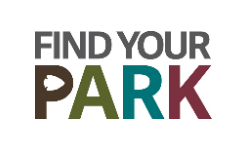 People across America are finding their park every day. Find yours: Learn More »

Explore American history through the story of a favorite holiday tradition.
Learn More »